In the six years since he graduated in 2010 with a Diploma in Pastry & Bakery from At-Sunrice GlobalChef Academy, pastry chef Lin WeiXian has achieved what many chef hopefuls only dream about: Not only has he established himself as a macaron and French pastry specialist, he also owns Bonheur Patisserie, and is a two-time Pastry Chef of the Year finalist at the World Gourmet Summit Awards of Excellence.

For all his outstanding achievements, WeiXian’s foray into the confectionery world could be described as innocuous. “My sister had always brushed me aside when I offered to help with her baking,” he shares, recalling distinctly the afternoon he first baked while waiting to enlist for National Service. “There was once she wasn't home, and the ingredients were available for a banana muffin recipe I found online. I just decided to give it a try – and everyone was impressed with the end product.”

Bringing joy to others through his pastries, coupled by his appreciation for the baking sciences made it clear to WeiXian that being a pastry chef was a calling he intended to answer. “Human beings share a strong appetite for sweet foods; it is the only universal taste preference. I really love the idea of understanding basic ingredients and the science behind them in order to achieve a certain texture, flavour or product. And beautiful pastry items will always bring a smile to anyone! That’s why I’m passionate about baking. So I enrolled myself into a diploma programme with At-Sunrice GlobalChef Academy!” he says proudly.

But while WeiXian is adept at putting an Asian spin on classic French pastries, he has opted to keep things simple at Bonheur Patisserie by specialising in macarons that are inspired by Pierre Herme – the legendary chef who has been called the ‘Picasso of Pastry’ for his success in transforming traditional French dessert-making into a fine art. “At-Sunrice gave me a grounding in discipline, the signature of Pierre Herme’s consummate professionalism and perfect technique. I’ve learned to keep things simple, to be consistent – this has given me the confidence to have numerous varieties of just one product,” he shares.

WeiXian also credits much of his skills and experience to the formative period of his apprenticeship, a distinctive hallmark of an At-Sunrice culinary education. He apprenticed at pastry shop Centre Ps, where he worked alongside chef and mentor Steven Ong. “I had to do everything and was not given much time to pick up and be good at a task, so it really accelerated my learning curve. There were times when I was already taught a technique even before it was taught in school.”

Things might be sweet now with WeiXian contemplating business expansion, but it hasn’t always been this plain sailing. “The first couple of years were really tough. It was my first business venture and to be honest, I was trying too hard and trying to do too many things at one go. This caused me to lose focus and in turn, lose money,” he reveals. Thankfully, he turned things around by focusing specifically on what his customers want. “The best things I took away from my apprenticeship weren’t the skills or knowledge, but the mental strength to perform even if you are tired, and, most importantly, discipline as well.” And thanks to the ‘study-apprentice’ pedagogy offered by At-Sunrice, transitioning from the classroom to the kitchen was made much easier for WeiXian.

When asked about the people who have played an inspirational and supportive role in his life and career, he shares that his wife, whom he met while studying at the Academy, works in the same line and understands the arduous nature of being a chef. Besides her, former At-Sunrice chef instructor Frédéric Deshayes is someone Weixian regards highly. “He might have had a no-nonsense attitude inside the kitchen, but he was always willing to share his knowledge and skills. He’s no longer an instructor with At-Sunrice, but whenever I need advice, he is just a text away. Even when I message him with recipe ideas that come past midnight, I’ll get a reply from him the next morning.”

We’re proud to have had a part to play in shaping WeiXian’s character and career – and we wish him continued success. 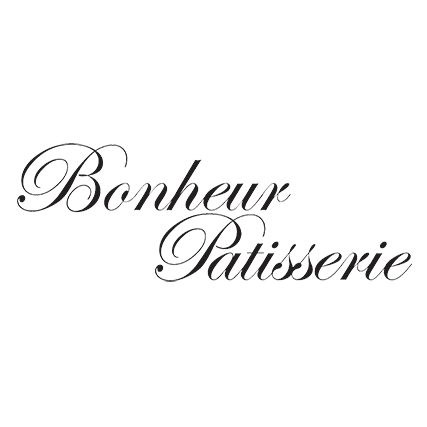